Over the past months, the CPACS community has been working on numerous enhancements (see Towards CPACS 3.3). We have now combined the work of all the working groups into a beta release in order to provide quick access to all changes in one schema:

As part of the release process we will have two stakeholder meetings in January. Invitations will soon be sent out via the CPACS mailing list (subscription). If you are interested in participating in one of the topics listed here, please send us an e-mail and we will gladly provide you with further information. 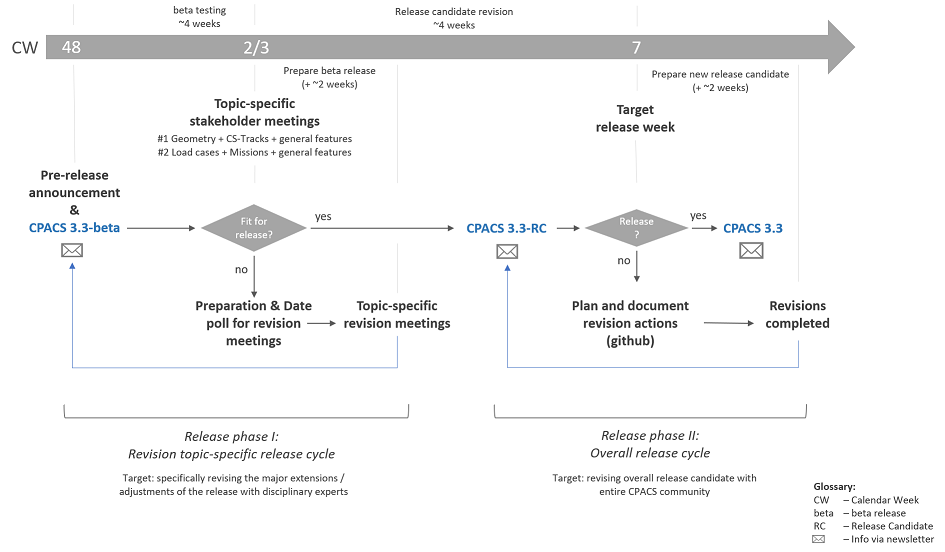 What is this beta release, you might ask yourself? Usually we have published a Release Candidate (RC) approximately 4 weeks before the official CPACS release. This will continue to be the case in the future. However, as the community has increased significantly in the past, we want to further increase transparency and make it easier for all stakeholders to participate in the current proposals. In contrast to the Release Candidate the beta version shall therefore bundle all modifications, motivate the early integration into practice and make it easier to bring in own ideas. As part of the CPACS research we want to test this new release process as described on GitHub with the upcoming 3.3 release.

So, please test the new CPACS version thoroughly and share your experiences and requests for further adoptions on GitHub.